My faith. And art.

December 06, 2008
It's been three weeks since my sister's husband died.  I've been doing a lot of praying since then.  And a ton of writing in my notebook.  There is a patch from yesterday that I think relates to the idea of faith and art and why we create in the first place.

...I'm conflicted because one moment I seem to "get" that this life is temporary.  I mean, I don't just acknowledge it but really fully feel it.  This world and this life is only a very bad copy of what we're created to be and of the reality that God exists in.


I sense it so strongly sometimes that I almost feel like I could go out and kick the car in the driveway and it would crumble up like tissue paper.  And if I blew into the air the clouds would part and the sky would ripple like a curtain - that's how strong a sense of falseness I have at times about this life.  But then I stick out my foot and rest it on the coffee table.  And realize how hard and solid it is.  And the sense of hope I had from my (very) brief moment of understanding is gone.

I realize we're stuck in this place no matter how much we "get" it.  We're here until God decides otherwise.  So sometimes I wonder if it's better to never have those moments of clarity?  Maybe it's better to not know or understand what you're missing?

As an artist I feel like sometimes I'm trying to communicate something I've actually never experienced.  To create something with a beauty I've never actually seen but that I'm so sure of that it's painful and makes my chest hurt to think about it.  I have no doubt that that beauty does exist, even though its full view is hidden from us.

I feel this: "I caught a glimpse of Your splendor from the corner of my eye.  The most beautiful thing I've ever seen.  It was like a flash of lightning reflected off the sky and I know I'll never be the same.  Show me Your glory.  Send down Your presence. I want to see Your face..."*

I think what some people consider "the muse" is really just an unconscious act of "getting it."  But they suffer less emotionally if they don't realize it's a real thing they're inspired by.  It's easier to call it the muse; it doesn't make you so homesick (homesick for a place you've never been!)

Sam's death has made me homesick that way.  Not like Lianne would feel, wanting to be with him again.  Mine is due more to having to continue to admit I still believe God is good.  Which means that Sam is in that place now - the place that is just out of my reach when I think I have it, or that surprises me when flashes of it show through just the right combination of color and transparency.  Or a photograph.  or a song that makes me almost cry - not because it's sad but because they lyrics or melody remind me of that place where I belong but have still never seen.

Heather said…
Don't even try to make sense of anything God does. Don't you know that Mary probably said, "A baby? Dude...C'mon!" That's part of His glory and His grace...That's why we have FAITH - that regardless of what our finite human mind can imagine and conceive and contrive, God's mind is that much bigger. Look at Sam's life and his ministry and know that God is good and his grace abounds and we are his vessels (however tiny) of that goodness and grace. I'll keep you in my prayers...
9:18 AM, December 07, 2008

Stacie said…
I know you're right. The things I posted are actually things I've thought about for a while now. The fact that my brother-in-law died just brought that idea around again but in a much more personal way.

EmilyAdele said…
That post is absolutely beautiful. I am awestruck at how articulate you are about what is a deeply profound longing in all of us, whether we realize it or not! xoxoxo
1:26 PM, December 08, 2008

Popular posts from this blog 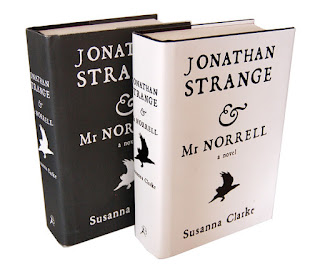 I am a collector of words, usually in the form of quotes from books though I do like a good definition now and again. Words bring images to mind and the most real words are the ones that point to the cosmos around us. I tend to often use words in my artwork, usually mixed media projects.

I love when authors describe a thing using seemingly unrelated words – for instance, using colors to describe noises or personifying physical feelings like pain. But then you read it and you can see it in your head and feel it and those unrelated words make total sense and give the thing being described more weight and being.

So after a week of watching the BBC miniseries "Jonathan Strange & Mr. Norrell" I went back and looked at some quotes I highlighted on my Kindle when I read the book a few years ago.

I really enjoy Susanna Clarke's gift for combining words to create imagery. I'm just going to leave some of these here for you to enjoy if that's your thing too*.

We've been working hard and learning all kinds of new things while creating for Resurgam Coffee. We're creating a website with e-commerce aspects, forms that automatically send intake info to a spreadsheet, fluid layouts that will work correctly across a variety of platforms (smartphones, tablets, desktops, laptops... though I'm not bothering with Apple Watches. Sorry.) And this past week has included laying out the design for their coffee bags and labels.
It's been fun, interesting, and sometimes stressful as we learn how to integrate all the things that need to happen for a multi-purpose site to work well and still convey the message of what Resurgam Coffee is about. In the meantime I highly recommend going over and checking out the Resurgam Coffee Facebook page and visiting Lemonade International to see why this is more than just coffee and what Resurgam means in real life – The Latin translation is "I will rise." (Which is an extra dose of random awesome…
Read more

Back to the Faith and the Art. 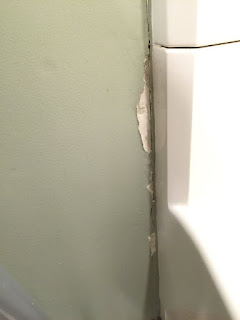 "The journey homewards. Coming home. That's what it's all about. The journey to the coming of the Kingdom. That's probably the chief difference between the Christian and the secular artist – the purpose of the work, be it story or music or painting, is to further the coming of the Kingdom, to make us aware of our status as children of God, and to turn our feet toward home." – Madeleine L'Engle, Walking on Water: Reflections on Faith and Art Oh man, do I love this book. But it's been a while since I read it and I realize I let the house renovations and the illness crowd out the creativity over the last year.

I actually love re-making our house. I love the painting, tiling, taking down walls, re-configuring... just really like making a small, older-but-not-old-enough-to-be-cool 1989 house into something more cozy and giving it some character. But last fall I got knocked off track with the breast cancer diagnosis. Which is completely understandable and unavoid…
Read more

Stacie
United States
I'm an artist, a wife and mother to two fun boys. I'm also a follower of Christ (though I'm really not very good at it sometimes and am still finding my way.)